A good enough reason to decide to take a Spanish course in Argentina is if you’re a meat lover. You might come from the United States or from Brazil where the meat is alright, but it’s got nothing on Argentinian veal. You have to try the classic Argentinian Asado if you’re in Buenos Aires.

Tastebuds aside, Argentinian meat has tons of different cuts with specific names, not to mention all the side dishes and sauces. Memorizing all the Asado terminologies will surely put your Spanish skills to the test, so it’s a win-win situation.

Spain’s Got a Lot of Football

Even though Argentina has a very rich football culture (we mean soccer, Americans); the best player in the world, Lionel Messi, is Argentinian, after all, Spain also has fantastic teams and beautiful stadiums that are very worthwhile to visit.

Messi might be Argentinian, but he plays for FC Barcelona. Its stadium, the Camp Nou, turned 60 years old in 2017 and it’s an architectural marvel. Barcelona’s also got tons of great sports bars to watch football and enjoy a delicious meal. Football is a great reason to learn Spanish in Barcelona.

Argentina is Filled with Natural Wonders

Even though you’ll spend a lot of time learning while you’re taking a Spanish course in Argentina, you’ll also have time to do some tourism and what kind of place you want to visit should factor, at least to an extent, into your decision.

Argentina is famous for having every kind of weather and natural resort imaginable. Heat, cold, forest, desert, beach, snow, mountains – you have it all. It’s a very rich country worth exploring, and even if you don’t like all of it, whatever kind of landscape you want, you can have.

The Perito Moreno glacier and the Iguazu Falls, in particular, are famous worldwide for their beauty. Buenos Aires itself also has a ton of great sightseeing spots like Tigre and Mar del Plata.

It’s Impossible to Get Bored in Barcelona

The second largest metropolitan area in Spain, Barcelona, is famous for tourism agencies for plenty of reasons, but above all: it’s impossible to get bored.

That’s not hyperbole – there are way too many activities, fun and varied, for all people to have fun. You can drive, you can ride bicycles alongside the famous “Ramblas,” you can walk (there are even some streets where you can only walk).

It has tons of beaches alongside the northern part of the city (which is next to the coast) where you can go have fun all day if you wake up early and the weather is nice.

If you’re more of a night owl, no problem! Barcelona’s nightlife is brimming in hip areas like El Born and Port Olímpico. This kind of variety is normal in all big cities, but Barcelona is especially varied and colorful; it’s why it stands out.

You may have heard that if you learn Spanish in Barcelona, you’re learning the “real” Spanish. That’s not really accurate because all versions of the language are “the real Spanish,” just like American English is just as real as British English.

That said, the fact that both European and Latin American Spanish are both “real” doesn’t mean that there aren’t key differences between the two. People in Spain pronounce the “S”, “C” and “Z” sounds quite different, whereas in

Latin America all three basically sound the same (except for the hard C sound, of course). The accents are, naturally, drastically different.

There are also a few key differences in vocabulary – the word “coger,” for example, has drastically different meanings on both sides of the world. In Spain, it means to grab, whereas in Latin America it means something quite different that I can’t write here in a blog post. Who would’ve thought!

You are now ready to decide if you’d rather take a Spanish course in Argentina or learn Spanish in Barcelona. Both are top-tier choices, you’ll go back home speaking fluent Spanish regardless. That’s a given. But, since it’s also important to have fun while you’re learning, you’d be wise to factor the facts we’ve provided here into your decision.

Interested in taking your spanish to the next level?

Leave us your email, and get personalized advizing, special promos, and more! 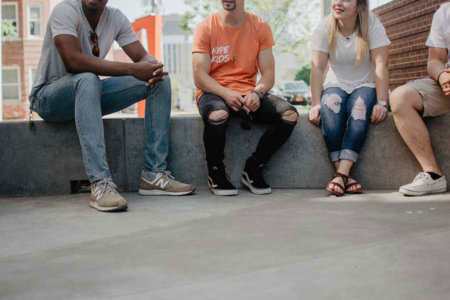 Living Abroad
Are you looking to learn Spanish quickly, and in a relaxed learning environment? Expanish is a boutique school providing the complete immersion experience.

Living Abroad, Student Life
Buenos Aires in the summertime is incomparable. With the smell of asados in the air and parks filled with young people, the city comes alive in the summer.
×