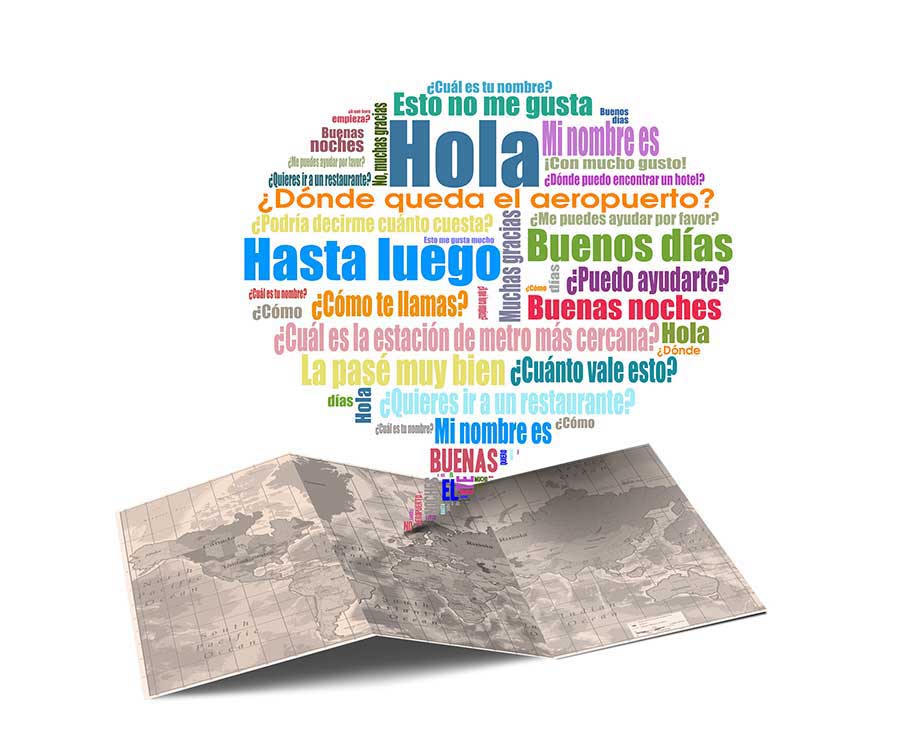 As a language learner, the differences in Spanish accents from around the world can be overwhelming. If you’re a beginning learner wondering where you should study Spanish abroad or what “style”, or accent, to learn, keep calm and remember that if you learn Spanish, Madrid or Medellín people, and Barcelona or Buenos Aires Spanish speakers will understand you even if your accent is not identical to theirs. That being said, there are some key language and accent differences in the Spanish spoken in Spain and the Spanish spoken in Argentina that you should consider when choosing to study Spanish abroad.

The Spanish (or Esssthpaña) “Lisp”

The Spanish spoken in Spain, often referred to as Castilian Spanish, is immediately recognizable by its “lisp” accent. For many students learning in Barcelona, it may sound like almost every word has this “lisp” thrown in. However, there are certain rules for the accent, making it more structured than one might think.

Words that begin with a “z” before a vowel or a “c” before an “e” or “i” are pronounced as “th” instead of the Latin American “s” sound. This means that words like “cinco” end up sounding like “thinco”, or the ever famous “Barthleona” instead of “Barcelona”. As a Spanish language learner, don’t be put off by this accent. The Spanish accent is an endearing characteristic of Castilian Spanish and one that is easy to pick up.

Take a look at the video below that breaks the accent down:

The most unique accent you’ll find in Argentina belongs to the porteños in the capital city and province of Buenos Aires. This region’s Spanish, referred to as Rioplatense Spanish, is characterized by its distinct “sh” pronunciation of the letters “ll” and “y”. For example, a common word like “calle”, pronounced “cayay” in other Latin American countries, becomes “cashay” in Buenos Aires. Similarly, when introducing yourself with “me llamo”, you’d say “me shamo” instead of “me yamo”.

If you’ve learned a different Spanish accent during your language journey, your initial thoughts of the “sh” from Buenos Aires may be that it is much more difficult to understand than other Spanish accents. However, once you’ve been exposed to the porteño accent and have had time to become accustomed to hearing it, you may find yourself adding a “sh” without even trying!

In Spain, vosotros and ustedes have very difficult contextual meanings, making it way more common for people to use one verb tense than the other. Vosotros is the informal equivalent of “you guys” or “y’all” in English. Ustedes, on the other hand, has a more formal meaning, and is used perhaps when you are speaking to elders or managers in the workplace. Spain is the only country in the world that uses vosotros instead of ustedes, as Latin America only uses ustedes and its conjugations.

You’ve probably heard, or if not we’ll give you the breaking news, that Argentines speak using a different informal “you” form than what most are taught in school. Instead of using “tu”, Argentines use the voseo, or “vos”. Now, before you panic wondering if studying abroad in Argentina is the right choice for you, we’d like to take away the scary mask of a new verb conjugations and show you how beautiful and relevant “ vos” is nowadays.

The voseo form is used in all of Argentina, Uruguay, Paraguay, and other parts of Latin America. It is used in the same way you would use “tu”, except with a few minor form changes. For example, the “tu” version of tener, “tienes”, would now become “tenés” with the voseo. Once you understand the basic rules of voseo conjugation, this informal “tu” alternative won’t seem so scary.

Take a look at the video below to learn about voseo. If you’re still learning Spanish, make sure to put on English closed captions.

As varied as the Spanish language is, it’s important to note that even the accents within Argentina and Spain change throughout the country. So don’t worry if you learn one word or the other, there is no better version when it comes to learning the vocabulary. In fact, locals are proud of their Spanish dialect and will gladly teach you the local pronunciation.

Pro tip: asking how to pronounce a word is always a great conversation starter!

Regardless of whether you learn Spanish in Barcelona or Buenos Aires, the language is universally understood in Spanish speaking countries. There is no “right” version of Spanish, if you’re dedicated to learning the language, discovering these nuances for yourself is half the fun!

If you’re an adult over 30 who has ever thought about learning Spanish abroad, you might be wondering if there are options at language schools for your learning goals. For adult Spanish learners, the thought of taking a break from work, and leaving your family and home behind to study another language might seem extreme. Here at Expanish, we see many adult Spanish learners every week and have yet to meet one who has regretted their decision to go abroad.

While you’re on the journey towards mastering your Spanish, there comes a point where it’s not enough to just be able to communicate. If you’re looking to use Spanish for more professional or academic settings, it’s important that you have your Spanish level officiated. You’ll want to have a certificate that tells the world, and future employers, that your Spanish is great and no one needs to question your ability. Much like a university degree, there are Spanish language exams like the DELE and SIELE that give you an official diploma that certifies your Spanish language level.

Did you know….Spanish is the second most spoken language in the world. With over 460 million native Spanish speakers across the globe, it’s no secret that learning Spanish can increase your job prospects and make communication while traveling a whole lot simpler. The most recommended way to learn a foreign language is to study abroad in a Spanish speaking country and fully immerse yourself in the culture and language. Taking Spanish classes in Argentina in the cosmopolitan city of Buenos Aires is a great way to throw yourself into the language learning experience and connect with some 3 million of those native Spanish speakers.